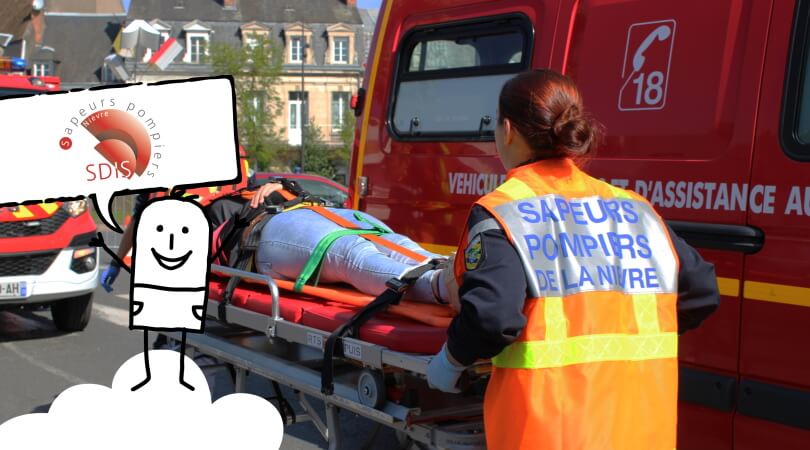 The fire service is unquestionably one of the most appreciated professions around the world, and that includes in France. It is also a profession that is facing real challenges in terms of changes and improvement, and it was with this in mind that SDIS 58 (the Fire and Rescue Service for Nièvre, a part of Burgundy region in France) opted for IDhall solution to improve the cross-functionality and sharing of data in action plans. Read the testimonials from Charlène Lalot and Baptiste Rappeneau about their implementation of IDhall and the benefits obtained.

SDIS 58 is a publicly funded and run body (Fire & Rescue service), the general role of which is to ensure the day-to-day protection of people, property, animals and the environment. Fifty specialist technical and administration staff and more than 1,250 fire-fighters (including 1,150 volunteers) work for the organisation, divided between 45 fire stations spread across Nièvre, and fulfilling four main roles:

With such a high proportion of volunteer fire-fighters, action plans are regularly implemented, both at national and local levels, to promote and perpetuate volunteering, without which fire and rescue activities in rural areas would be impossible.

Other projects are currently underway to adapt the civil protection more broadly to the challenges of tomorrow. As regards SDIS 58, mention could be made of the migration of alert management and operational management systems to the NexSIS system, the creation of a technical training hub, and boosting the appeal of working for the fire & rescue service through more innovative equipment, infrastructure and technologies. All of which are new action plans that staff need to track. In addition, the fire & rescue service has an “assessment, coordination and planning department”, the role of which is to help in developing and instilling a culture of self-assessment and coordination. These were the circumstances giving rise to the need to formalise the organisation of SDIS 58's management by monitoring action plans to update all the key policy documents, in particular Nièvre’s master plan for risk assessment and mitigation, which aims to map the risks present in the département to guide and facilitate fire & rescue interventions by determining the service’s most appropriate response.

The search for a simple solution perfectly suited to action plans

Previously, each SDIS department monitored its action plans from day to day using its own methods, such as Excel spreadsheets or Word documents. An organisation-wide picture and real-time information sharing were both missing. There was in fact an Excel spreadsheet consolidating all the data, to track the fire service's objectives, but it soon proved too complicated to keep it up-to-date and manage it, as action plans were not all structured the same way, requiring some mental gymnastics, and it was necessary to constantly ask the various departments and then copy/paste or re-enter the data provided, which caused both errors and some awkwardness. It was something of a labyrinthine system, Charlène Lalot recalls.

In 2020, SDIS 58 therefore decided to look at the action plan management tools on the market that would make it possible to properly computerise the processes and build a master database of actions so as to provide organisation-wide visibility to all concerned. This led them to discover IDhall.

After a tendering process involving some other systems, and several product demos, SDIS 58 was able to test IDhall and confirm it as their chosen solution, reassured it met their needs after the tests showed it would be possible to take on all their existing data without difficulty. Every action plan had some unique aspects, so it was important to preserve their specific features while also storing them all in a single, centralised master database shared by all concerned, to ensure subsequent data consistency. The fire & rescue service consequently appreciated not only the many standard functionalities available to manage action plans, but also the highly configurable side to IDhall.

For the SDIS 58 working party tasked with selecting a solution, the option to create an IDhall test environment was of great help when looking ahead to project implementation. The teams could consequently prepare the work of migrating data from the consolidated Excel spreadsheet previously used to track the organisation’s objectives and action plans. IDhall made the data import very easy, and all that was needed was to translate a few terms and structure a few data items to find everything that had been done over the course of time.

As using a centralised system was a new procedure, SDIS 58 decided on gradual implementation for 25 users representing the department managers and people most involved in working on action plans. A presentation was given to the executive committee to introduce the first use cases, and the project portfolio monitoring and reporting functionalities. Then initial training sessions in small groups of three or four people were organised to facilitate their first use of the platform and to support change management.

Use of IDhall has now been extended to the entire Nièvre Fire & Rescue Service and all action plan data is centralised within the platform. This provides a better organisation-wide approach to projects between the various departments, as everyone has visibility over all action plans at any given time, and it enables teams to work better together.

Governance has been formalised and the IDhall implementation has made things much easier by ensuring everyone speaks the same language and uses the same coordination functions. The system is now being used when reviewing SDIS’ objectives for all of the organisation’s senior managers. SDIS 58 has in this way switched from individual tracking of actions to organisation-wide, shared coordination, which has also given everyone concerned greater responsibility for their objectives, with their work forming part of an overall improvement process.